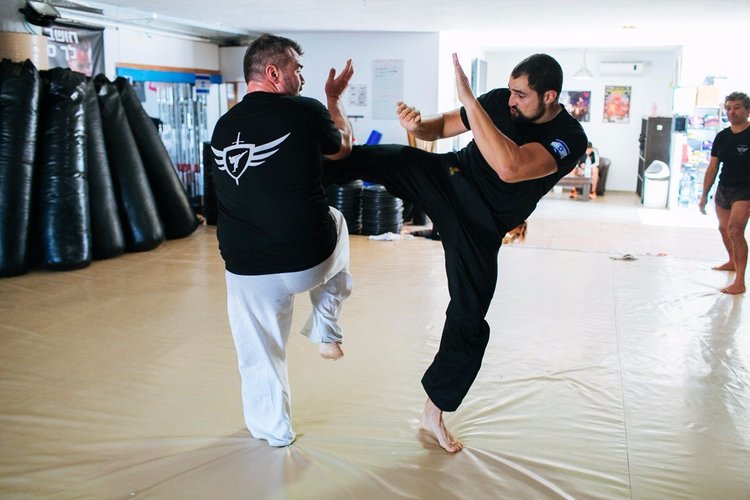 The Importance of Hybridizing Training

I am both American and Israeli. My entire life has been split between Israel and the United States. Although I was born in Israel, at the age of nine I moved with my family to the United States. Growing up in the suburbs of Austin, Texas I started training in various sports and eventually found my way to Krav Maga and mixed martial arts. When I turned 18 I promptly moved back to Israel to complete my service in the Israeli Defense Forces. As most combat soldiers in the IDF, I was introduced to Krav Maga, a completely different Krav Maga then what I learned back in Austin. The physical difficulty, mental training, and the aggression level was on a much higher level. Krav Maga in the IDF simulated reality and gave me a completely different perspective on my training. Since then, I realized that it is very important to step out of the known and step into the unknown, to hybridize, and to avoid incestuous training.

We have all seen online videos of the Chi masters demonstrating their superhuman skills. I am sure some of the readers have also seen what happens when a Chi master goes against a real fighter.  A lot of them truly believe in their “craft” because they have never stepped outside of their dojo to see anything else. Their training has always been incestuous, they master receiving the technique and then passing it to their students. Much like royal families in the past kept the thrown in the family. This type of incestuous training causes an echo chamber effect that re-enforces potentially bad technique and prevents new and better ones to be utilized (This also goes for genetics…)

Stepping out of your shell may cause hesitation, and this is normal. However, as the saying goes, “you don’t know what you don’t know.” Even though you think that your martial arts system/organization, or your way of doing things, is the best way. You will not really know that for a fact until you try something different. (much like the Chi master that fought the MMA fighter.) That different perspective may open your eyes to a better technique, method or drill.

Martial arts techniques are constantly evolving due to the changes in real life threats, competition, and natural divergence between systems. You can see this most clearly when comparing the early days of the UFC to today. Some techniques have gone completely by the wayside while others took a stronger hold. When the world saw the effectiveness of Brazilian Jiu Jitsu, people’s eyes were suddenly opened to a whole new world of possibilities. Whether they liked it or not, their system might not have been the best one any longer. (Or at least not against someone that knows BJJ) On the other side, just training grappling without striking can put you in real danger when dealing with multiple opponents.

Opening your eyes to new techniques and methods can help you improve your system or method. For example, because of my immersion in BJJ in the last few years I realized that some of the techniques that I have been teaching might not be ideal. Take the standard side clinch that is taught across the world in many Krav Maga schools; anyone with a base knowledge of grappling will tell you that an underhook is a much better choice than an overhook. Noting this, I changed the technique that I teach to always use on arm on the neck and the other with an underhook to prevent my knee from being caught.

Keeping an open mind, seeing new ways of training, improving on what you’re already know, and avoiding the echo chamber will transcend your physical training to everyday life. As the saying goes, “the more you know, the more you realize you don’t know anything.”

Thank you for reading,